We Are the 99 Percent

We are the 99 percent. We are getting kicked out of our homes. We are forced to choose between groceries and rent. We are denied quality medical care. We are suffering from environmental pollution. We are working long hours for little pay and no rights, if we're working at all. We are getting nothing while the other 1 percent is getting everything. We are the 99 percent.

Brought to you by the people who occupy wall street. Why will YOU occupy?

"If corporations are people, why can't we put them in jail?" 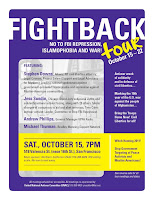 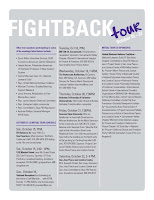 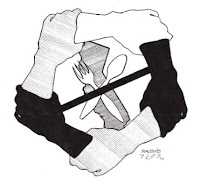 This drawing has come to symbolize the California prison hunger strike and the solidarity it has generated. It was contributed by Rashid Johnson, a prisoner in Red Onion Prison, Virginia.

LOS ANGELES - The hunger strike at California state prisons has ended, the Department of Corrections and Rehabilitation said Thursday. Thousands of inmates at prisons across California had stopped eating over the past three weeks in renewed protest against conditions of prolonged isolation in security housing units, though the number of hunger strikers dwindled to fewer than 600 this week. But after negotiations on Thursday between the corrections department and lawyers representing the inmates, strike leaders agreed to resume eating. Corrections officials reiterated the reforms the department had agreed to at the end of the previous hunger strike in July, which they said would take several months to finalize, and "agreed to stay on its same course," according to a news release from the department. The department had already agreed to a review of its policies for placing inmates in security housing units. But Carol Strickman, a lawyer with Legal Services for Prisoners with Children who negotiated on behalf of the inmates, said that, most importantly, the department had agreed to review the cases of all prisoners already in isolation because of "validated" gang affiliation, rather than because of their behavior while in prison. "This is the first time the prisoners had heard that kind of review was in the works," Ms. Strickman said. "That new information, I believe, convinced them to end the hunger strike."
Erica Goode contributed reporting from New York.

A. EVENTS AND ACTIONS

*Fightback Tour!*
*No to FBI Repression,Islamophobia and War! Civil Liberties for All!*
[Part of the Oct. 15-22, 2011 antiwar week of solidarity and in defense of civil liberties; marking the 10th year of the U.S. war against the people of Afghanistan]
Saturday, October 15, 7PM
518 Valencia Street (near 16th St.) SF
(Wheelchair accessible)